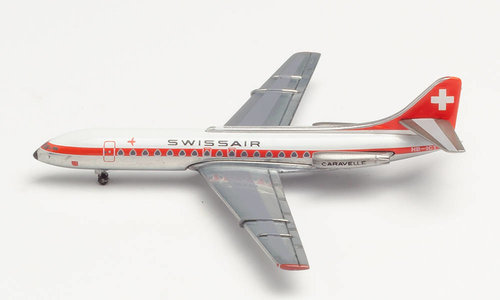 65 years ago, the successful first-generation passenger jet took off on its maiden flight. To commemorate this milestone in the then still young European civil aviation industry, Herpa will release a small series of models in the 1/500 scale. A Caravelle of Transavia was already announced (item no 533997), now being followed up by a twinjet in the colors of Swissair which operated a fleet of nine aircraft.
Scale:  1:500