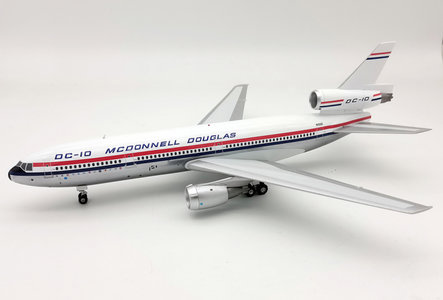 Will be released with a special 50th anniversary coin.

The very first DC-10 was rolled out on July 23, 1970. Then vice president Spiro T Agnew and California Governor Ronald Reagan were among the VIPs in attendance as the airplane taxied under its own power to a crowd of over one thousand people. After the roll out McDonnel Douglas received a flurry of sales, with orders and options from Continental, Finnair, Lufthansa, Sabena, and UTA. By this time both American and United had already ordered the aircraft.