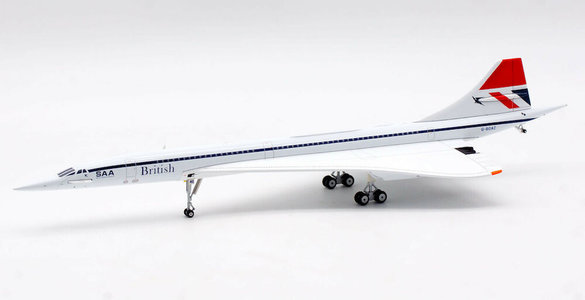 The box of this model is very weak

In March 28th 1985 G-BOAC flew from London to Cape Town to set a record of 8 hours and 8 minutes having to stop once in Robert Field Monrovia, Liberia for fuel to cover the distance of 6000 miles. Flight number BA9063C was piloted by Captain Roger Dixon from London to Monrovia then Captain Brian Titchener from Roberts Field to Cape Town however the flight was credited to Captain Brian Walpole who was in the flight deck the complete trip.

The flight itself was a charter flying passengers to meet the Queen Elizabeth 11, QE11 luxury liner which was on a world cruise. For this flight the aircraft wore a South African Airways SAA titles on the nose and also the Springbok was added to the tail.

This model will come complete with a collector coin
Scale:  1:200

ANA All Nippon Airways - Airbus A380