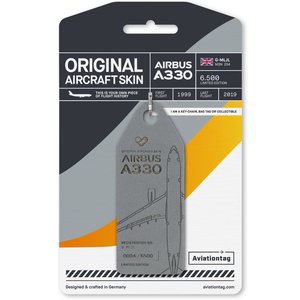 The Airbus A330-200 left the factory doors for British Airtours International Airways in June 1999 with the registration G-MLJL and manufacturer serial number (MSN) 254. The plane took to the skies for the airline, renamed MyTravel Airways in 2002, for a total of eight years, serving international destinations. In 2007, MyTravel merged with Thomas Cook Airlines, which took on the entire fleet, comprising 16 aircraft at the time – including three A330-200s. At the same time, Swedish MyTravel Airways A/S was renamed Thomas Cook Airlines Scandinavia, which our G-MLJL was also in operation for. In September 2012, Garuda Indonesia used the Airbus until it returned to Thomas Cook again in November 2012.