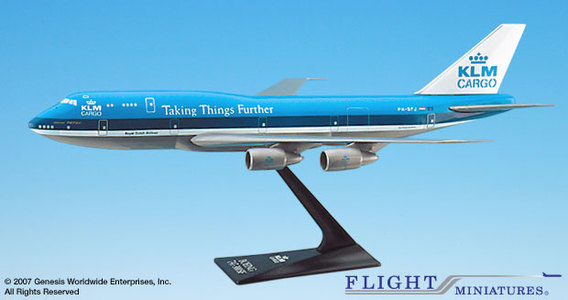 KLM Royal Dutch Airlines was founded in 1919, and has the distinction of being the world's oldest international airline, as well as the longest continually operating airline. Today, through its partnerships, the airline provides passenger and cargo services to some 360 destinations in almost 80 countries. With its primary hub located in Amsterdam, the airline carries nearly 16 million passengers and about 490,000 tons of cargo annually. KLM operates a fleet of more than 210 aircraft.
Scale: 1:250

In stock: no
Reserve this model now and we will try to order it for you!