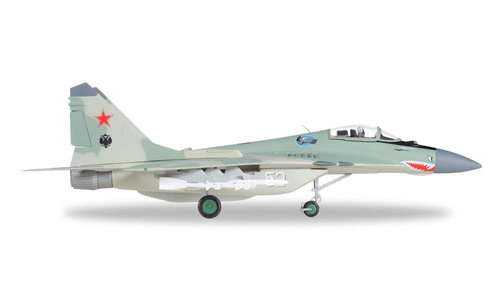 Domna is the home base for several air regiments of the Russian Armed Forces. One of these is the 120th Guards Regiment with its characteristic shark mouths and the Russian double-headed eagle on the stabilizers. On the left fuselage, behind the cockpit, "52 white" sports a small cartoon of an F-15 being chased by a MiG-29.
Scale:  1:72