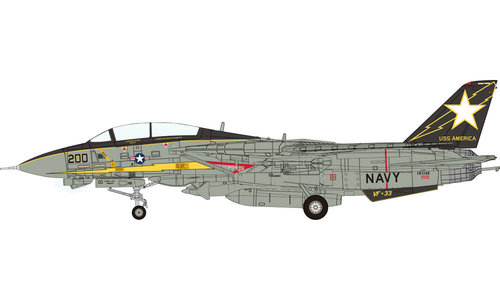 In 1986, Libya´s then ruler Gaddafi threatened to shoot down any foreign aircraft passing the so-called "Line of Death", the boundary to self-proclaimed territorial waters and air space. In March 1986, the situation escalated, and it came to a number of close air encounters. One of these encounters involved two Libyan MiG-25s that intercepted two U.S. Tomcats of VF-33.
Scale:  1:200