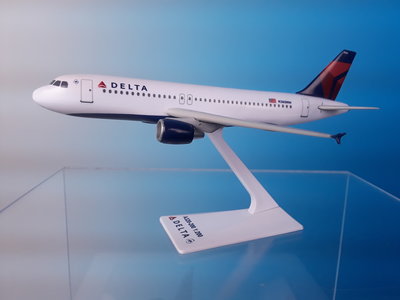 The A320 family was the first to fully feature a "glass cockpit”, and contained the first fully digital fly-by-wire flight control system in a civil airliner. The traditional yoke control column was eliminated, replaced with side-by-side controllers enabling pilots to send computer-generated electrical impulses to motors that drove the flight control surfaces on the wings and tail. This modification eliminated more than 400 pounds of cabling and other equipment.

Acquired by Delta during the merger with Northwest, this model bears registration number N365NW and ship 3265 and represents one of the first Delta A320 aircraft to be painted with the Delta name and widget on the underside of the fuselage.
Collectors who bought this also bought: