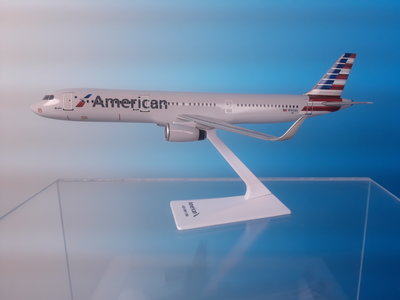 On May 17, 2016, American Airlines took delivery of their first aircraft assembled at the U.S. Airbus facility in Mobile, Alabama. The jet was delivered to American Airlines in front of executives from the manufacturer and the airline, as well as more than 350 employees to commemorate this historic occasion. This model, bearing registration N162AA and ship number 894, represents this aircraft.

The aircraft first flew April 19, 2016 on a test flight that lasted nearly four hours. Tests were performed on the plane’s systems, engines and structure during the initial test flight.

With the addition of the Aeroplex facility, Airbus aircraft are now being produced around the clock, 24 hours a day, at facilities in Mobile, Alabama; Hamburg, Germany; Toulouse, France and Tianjin, China.