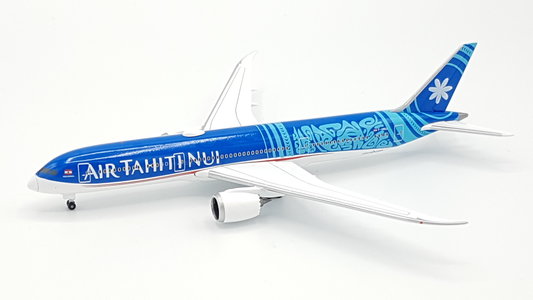 With the arrival of the four Dreamliners, Air Tahiti Nui will retire its A340 aircraft by mid-2019. A new part of the design is the tattoo on the fuselage featuring images of water, birds and other symbolic animals. The first aircraft is named after Fakarava atoll, the last three letters of the registration, “MUA”, meaning “moving forward” in Tahitian.
Collectors who bought this also bought: