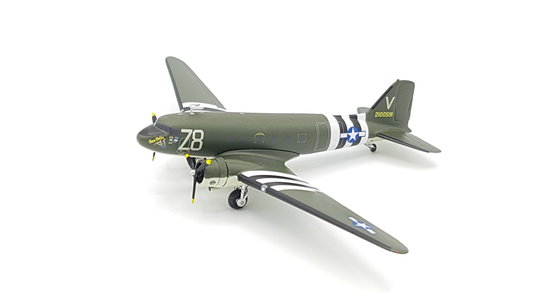 At 0407 hours on June 6, 1944, “Tico Belle” dropped members of the 82nd Airborne Division into Normandy near Sainte-Mère-Église as part of Operation Neptune. The C-47 and its crews continued to serve in various operations in France, Belgium, the Netherlands and ultimately Germany. “Tico Belle” remained in Germany after WWII and was part of the Berlin Airlift efforts five years later. She is kept airworthy by the Valiant Air Command non-profit organization in Titusville, Florida.
Scale:  1:200