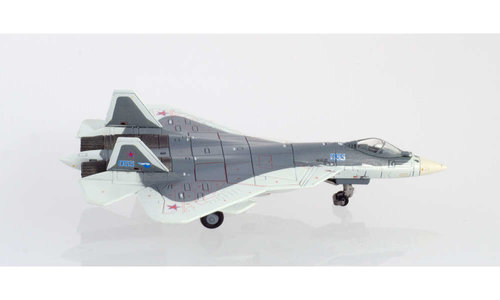 The Sukhoi T-50, or as it will later be called in operational service, the SU-57, is the first stealth fighter aircraft developed by Russia. It is expected to enter service with the Russian Air Force in 2020. Ten prototypes have seen extensive testing since 2010, being painted in varying experimental schemes such as the “White Shark” camouflage displayed on the fifth flying prototype.
Scale:  1:200