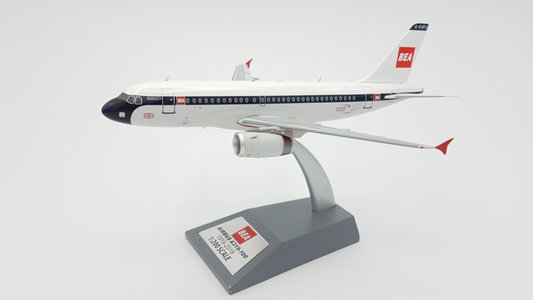 Monday 4th March was a historical day for British Airways when Airbus A319 G-EUPJ arrived at London Heathrow Airport from Dublin newly painted in the livery of BEA “British European Airways’. This year "2019" marks the lineage centenary of British Airways, and to celebrate this the airline are painting some aircraft up into retro schemes. This aircraft G-EUPJ was delivered to British Airways in May 2000 and has served the airline well ever since