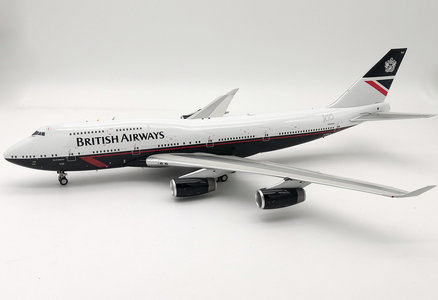 This aircraft is the third aircraft chosen by British Airways to wear a retro scheme which is to be the Landor livery as delivered to British airways on the 10th of February 1993.

G-BNLY will be re-named "City of Swansea" which was the name given to the aircraft by British Airways back in 1993. The aircraft will bear the British Airways coat of arms bearing "to fly to serve" and will have the 100 years commemorative artwork as painted onto the first two retro schemes worn by the Boeing 747-400 of BOAC and Airbus A319 in the BEA livery.

In stock: 1
Last one! We won't receive this item anymore