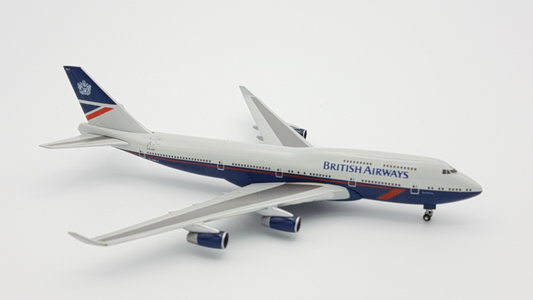 Just a short three weeks after revealing the Boeing 747 in the historic BOAC-livery (item no 533317), British Airways rolled out a second jumbo jet sporting historic colors to celebrate its 100th anniversary. The elegant Landor design adorned the fleet between 1984 and 1997. British Airways traces its history back to Aircraft Transport and Travel Limited (AT&T) which established international schedule service between London and Paris in 1919.
Collectors who bought this also bought: