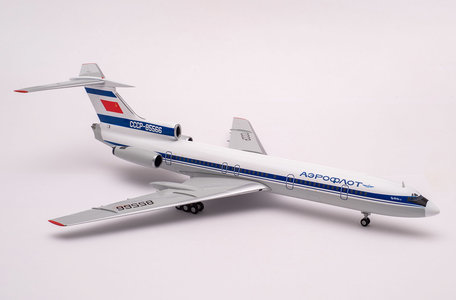 In 1989, the back-then still Soviet Aeroflot meant to update its image by adding blue stripes to the stabilizers of several aircraft. Due to the collapse of the Soviet Union two years later, the effort fell short, as only a handful of aircraft of the huge fleet had been repainted by then. In total, more than 300 TU-154s trijets alone were operated by Aeroflot from 1972 onwards.
Collectors who bought this also bought: