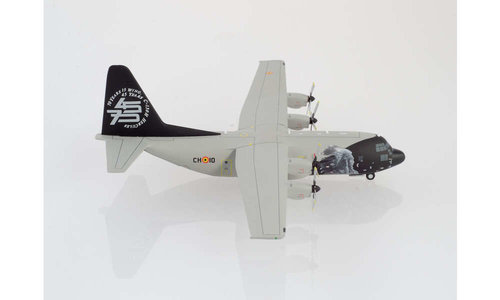 One special color scheme, two anniversaries: On the one hand, the 15th Wing celebrates its 70th year, on the other hand the wing’s 20th Squadron commemorates 45 years of C-130 Hercules operations. Centerpiece of the grey and black special livery is a Native American Sioux, used as the emblem by both wing and squadron. This anniversary color scheme is released in both the 1/500 (item no 533379) and 1/200 scales (item no 559843), each in limited, one-time-only editions.
Scale:  1:200